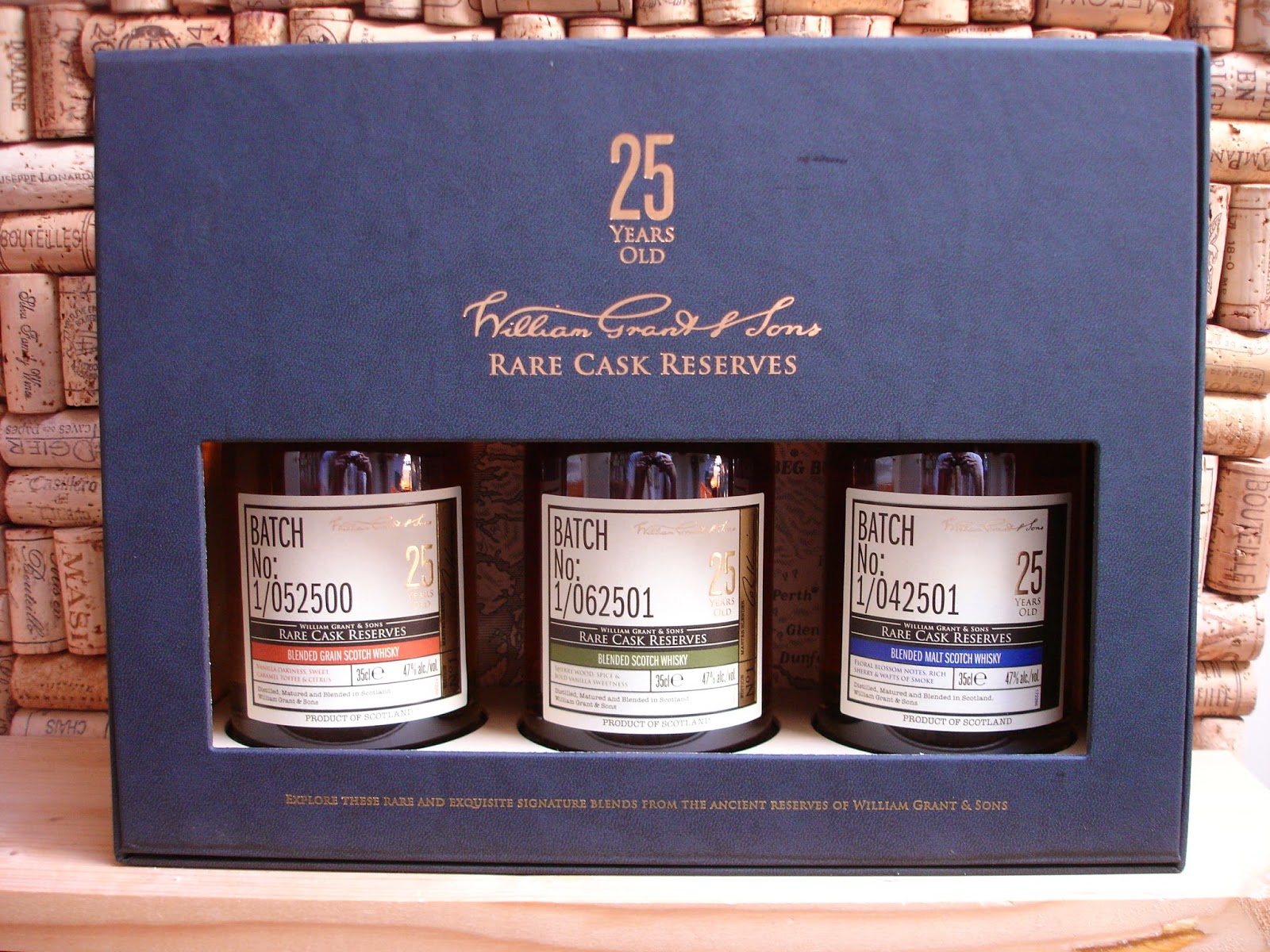 This was a trio of (over) 25 year old whiskies selected for The Whisky Shop by a mixed team of staff and customers with guidance from Brian Kinsman; William Grant & Sons' Malt Master. They're all blends, but of different types of whisky, the results being a blended scotch, a blended grain and a blended malt.*

I tried these both with and without water. I also read through the master blender's notes beforehand to try and put them in a logical order, although I did retrace my steps. The idea was to try to pick up as much as I could from each whisky. 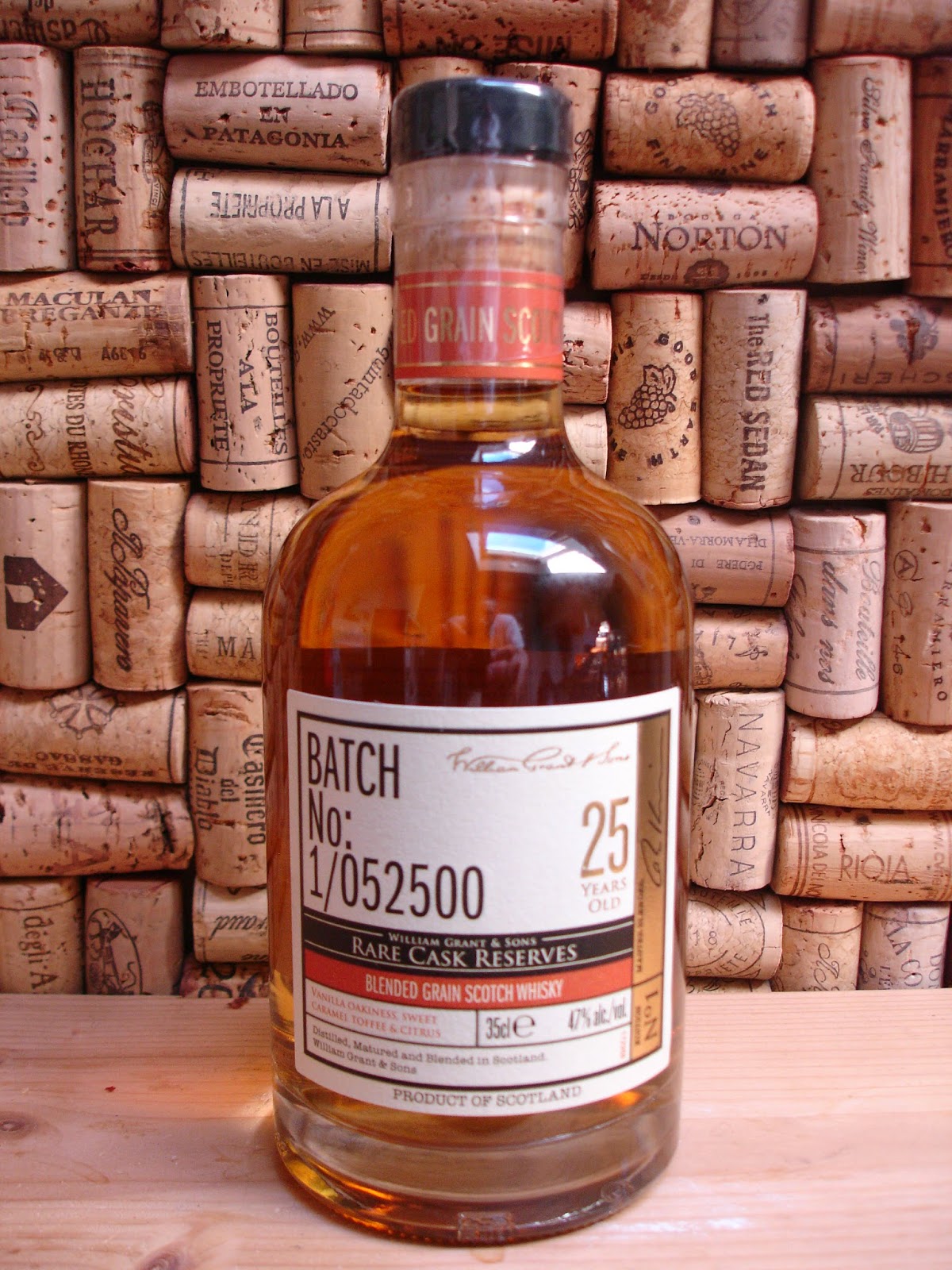 Nose: As I usually get from grain whiskies, particularly older ones, there's decidedly more secondary notes and very little primary fruit. That said, amongst the vanilla and oak there's hints of burnt orange and cereals that are revealed a bit more once water is added, even if they're a little lost in the initial nose.
Palate: It's more powerful that I'd have thought from the nose. The sweetness is more muted too. Medium bodied, with lots of spicy nutmeg and cinnamon. Water allows more of the mixed peel to come through but this is by no means a fruity whisky, it's all about those grains playing off each other.
Finish: There's buttered wholemeal toast and a lingering oak spiciness.
Conclusion: It took a while to open up and for me get into it but there's no doubting the complexity and the quality here. It's certainly got more character at 25 years than I've encountered in some single grain whiskies at an older age - maybe a tick in the 'for' column for blending? 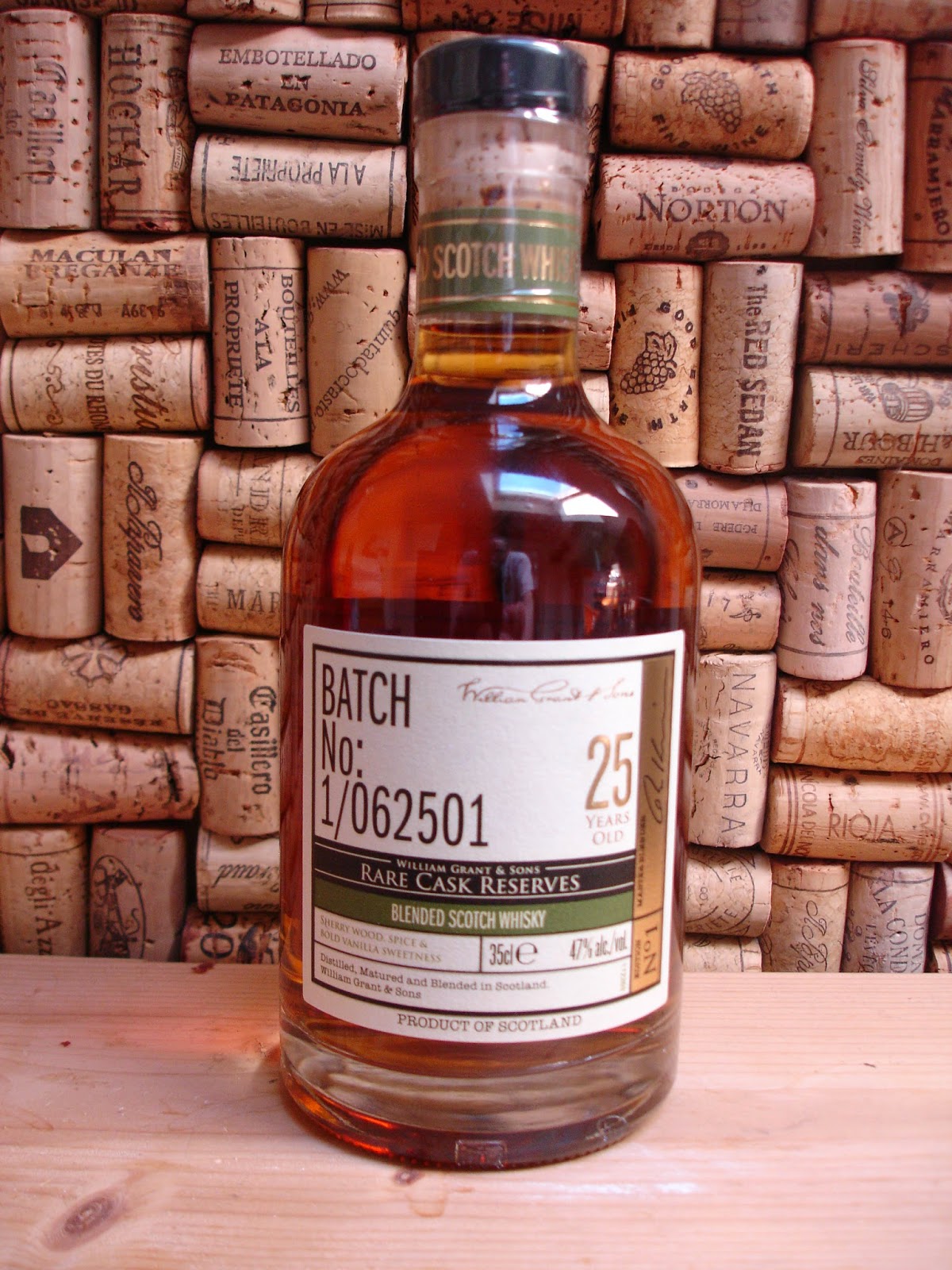 Nose: Again there's a lot of cask-created aromas on the nose; cigar-box and vanilla, with more depth to the oxidised, almost rancio notes than in the first dram.
Palate: For me this really blooms when water is added; once there's a drop of water in there that somewhat brutal cask influence is mellowed out a little and the flavours seem to spread out. I got more spices, along with hazelnut and dry coconut - the American oak influence really kicks in.
Finish: There's a touch of wood-smoke and a bit of a dry, harsh note to the finish, although that harsh note disappeared once I re-tasted with water.
Conclusion: There's a bit more going on here than in the blended grain but I think that it almost becomes a bit out of balance because of that. Still an interesting dram but not as enjoyable as the first. 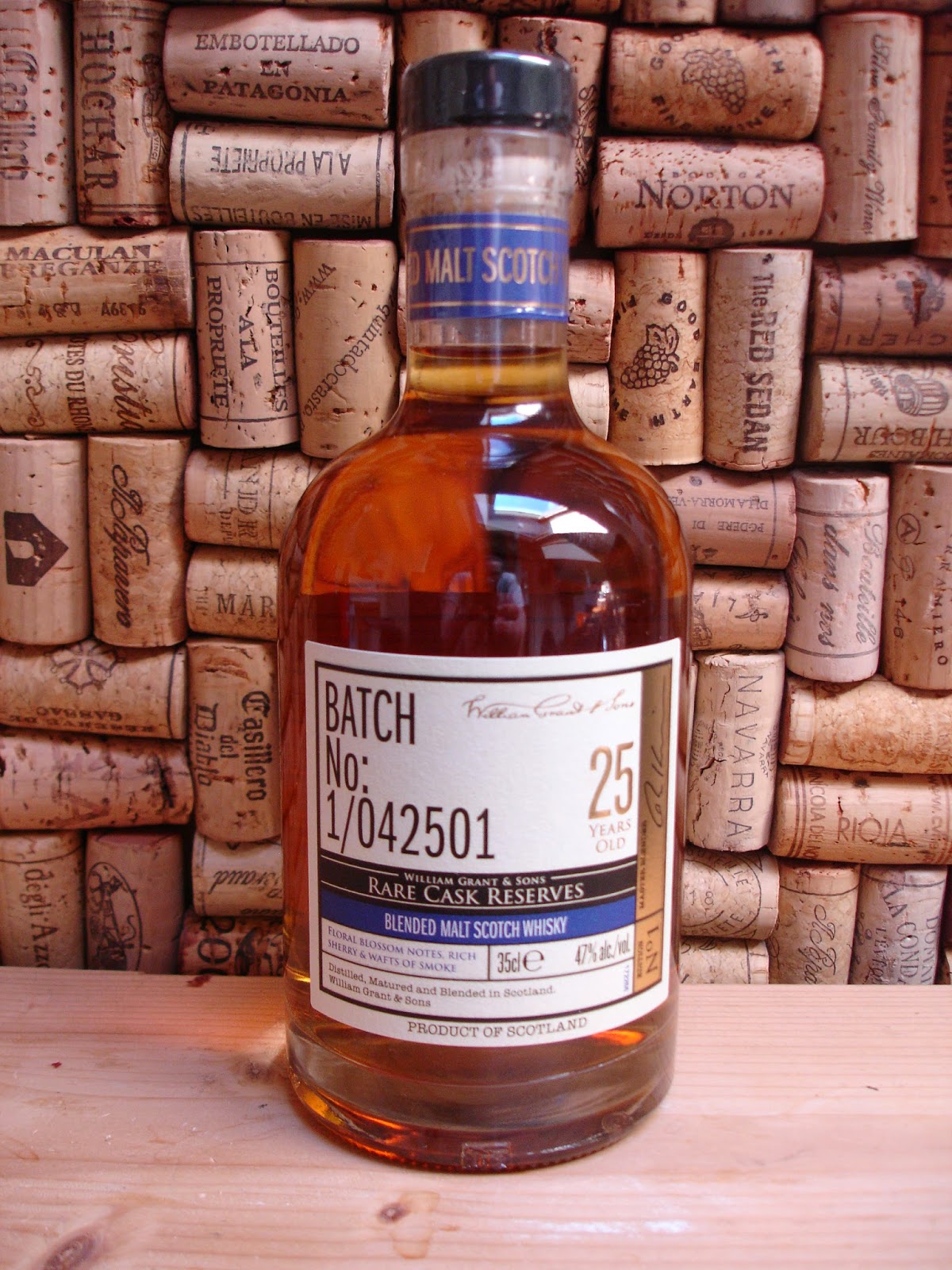 Nose: Although this was the most aggressive of the three on the nose it was no Islay bruiser. I got cinder toffee (or these even), caramel and vanilla.
Palate: Lots of flavour, if all a bit jumbled up again without water. This whisky does really gets the taste-buds excited though. Once water is added there's a bit more harmony to the palate; sweet toffee providing excellent contrast to powerful spicy dried fruit.
Finish: This is the first time I detected an Islay influence, when taken without water there's a hint of peat on the end there, although that dissipated with the addition of water.
Conclusion: I thought this had the greatest depth of flavour of the three whiskies; it was the one for me that really had a little spark that made me want to dive back in and try more.

I'm not sure my meagre tasting notes do these whiskies justice. The rarity that brings about a £250 price tag means they're in serious whisky territory, but they also seem so experimental, or at very least unconventionally branded, that they're aimed at the serious whisky geek. Because of those factors it's difficult to say whether the price is justified, but they were fascinating to try. There are more details on how the whiskies were put together in The Whisky Shop's magazine 'Whiskeria'.

* See definitions for those categories here.
Posted by Gareth at 09:30