A couple of beers I picked up from BrewDog when I put an order in a while back that really impressed me. From what I can see Gypsy Inc. are not so much a brewery as such but beers brewed by a collective of brewers. The project itself is headed up by Mikkeller but I think these particular beers are brewed at BrewDog. 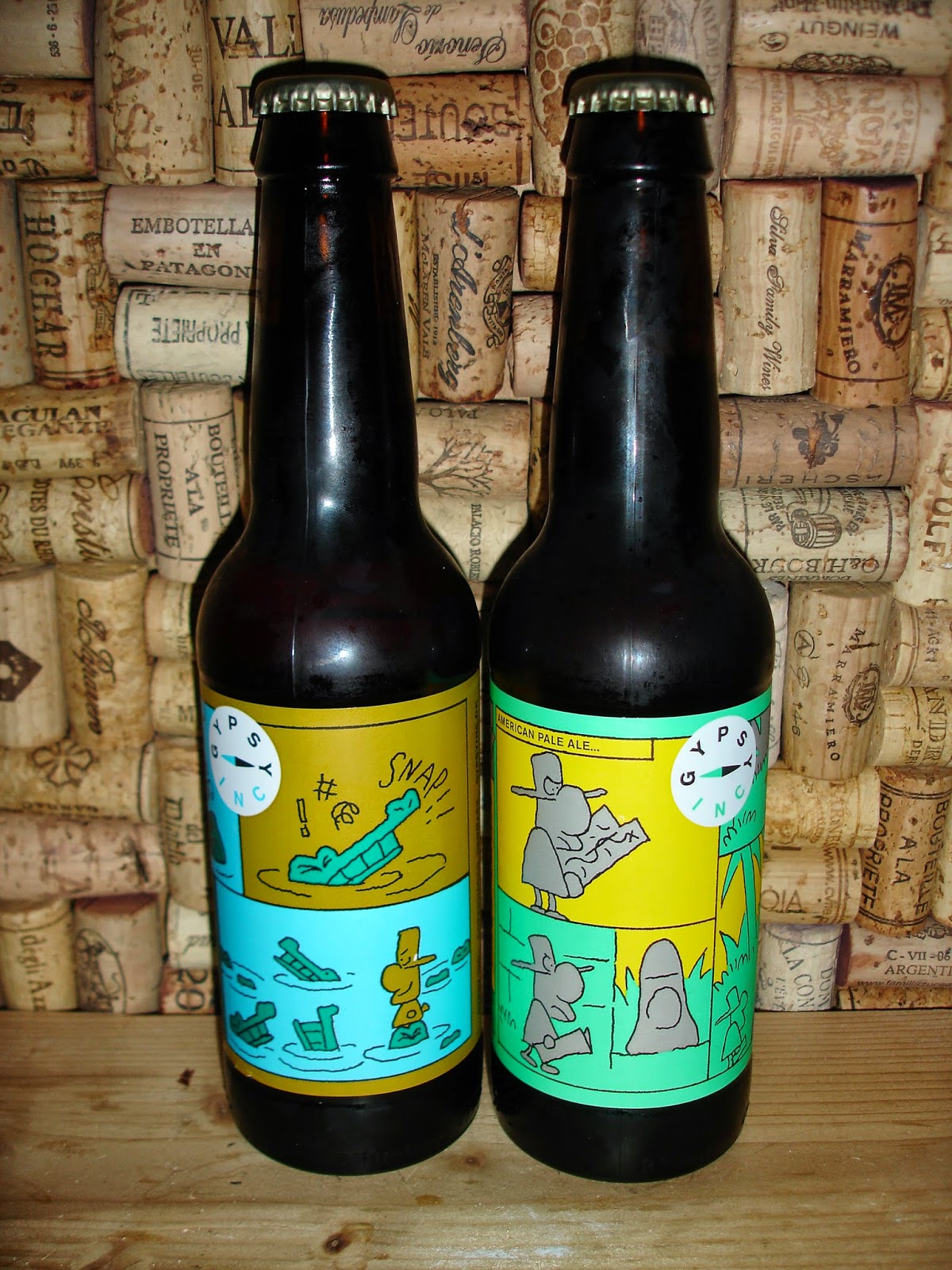 A lot of time I find that modern beers seem to be a bit alcohol heavy. I'm a huge fan of big hoppy IPAs and Imperial Stouts but sometimes I think that some brewers are guilty of ramping up the abv to give the beer a kick rather than letting the flavours do the talking. I'm sure it also helps that there is more of a premium for higher abv beers which means that it can be more cost-effective to use more expensive, flavour enhancing, ingredients on them. Both of these came in at below 5% (4.7% to be exact) but were packed with flavour, making them perfect for a mid-week summer evening.

Tipsy Gypsy: Lots of peach and passion fruit on the palate, and with a prickly grapefruit hop-bite on the finish that invites you back for more. Definitely a very quaffable beer.

Pale Trail: This was rather more conventional American style Pale Ale, there was a lot more citrus on this one but the passion fruit was there again. Mellow, with enough of a hop kick to keep things interesting.

All in all a couple of excellent little beers!
Posted by Gareth at 17:02