This was a completely unexpected treat, brought into work by a customer so that we could have a try. As I've mentioned before I'm a big Glenfarclas fan so I didn't need to be asked twice! 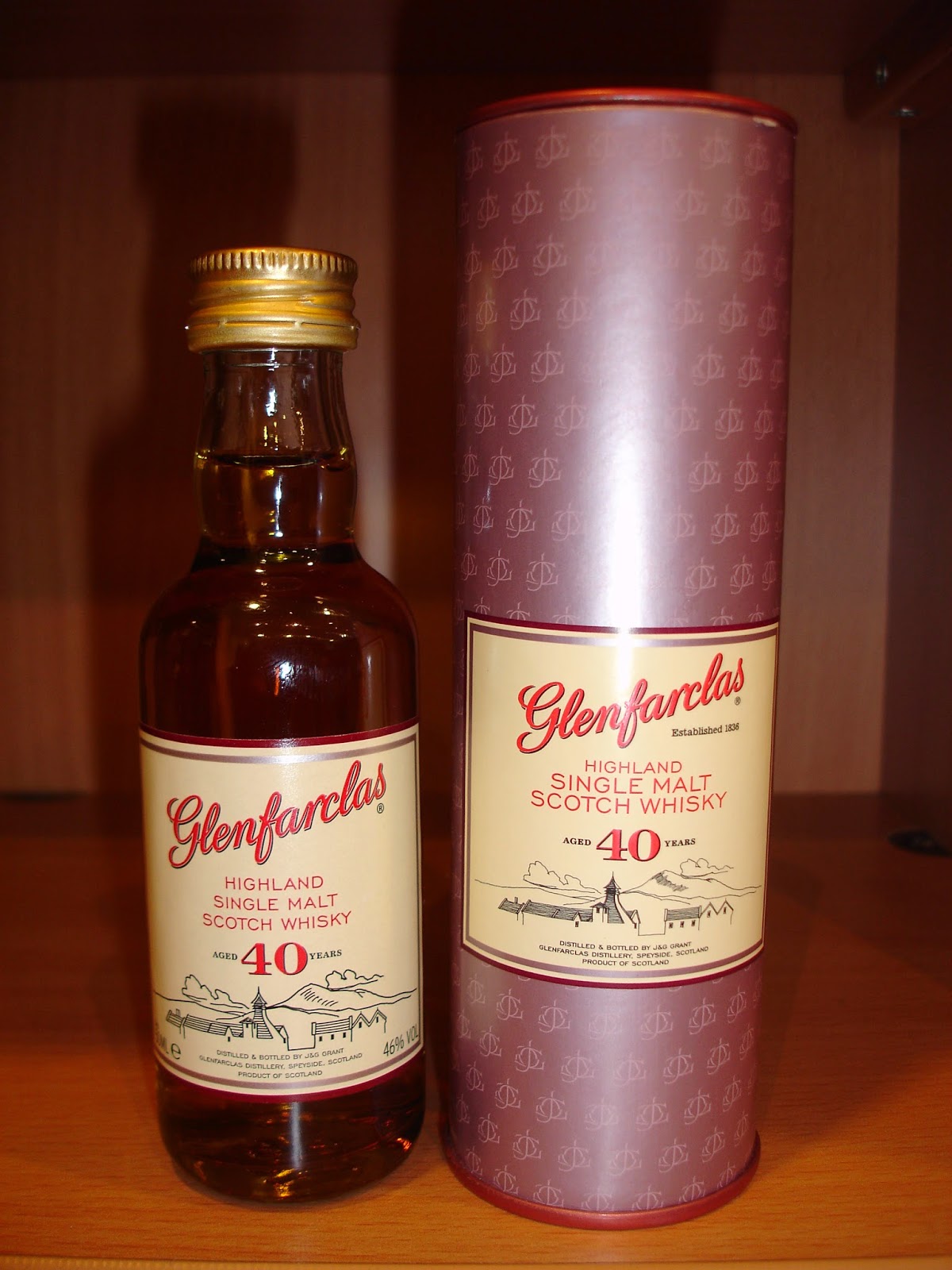 On the nose it started off very similar to younger versions of Glenfarclas; lots of almond and fruit cake, but as I let it breathe a bit it really opened up and showed a lot more depth of character; toffee, nutmeg and vanilla. The palate has layer upon layer; there's rum and raisin ice-cream, barley and juicy sultanas but still there's still some fresh orange in there. The oak is still not the overpowering element it might be on the finish, which is long, mellow and moreish.

At a time when whisky companies seem to be running out of aged stock left right and centre it's great to try a really old whisky that has maintained the vibrancy of youth so well, definitely matured rather than simply grown old.
Posted by Gareth at 17:01