This was sent to me by Tatsuya Minagawa, the brand ambassador for Suntory whiskies in the UK and all round whisky guru. It's a whisky that comes from the Suntory labs rather than being a commercial release. It is used at tastings to illustrate what a whisky matured in Japanese Oak, or Quercus Mongolica, tastes like. 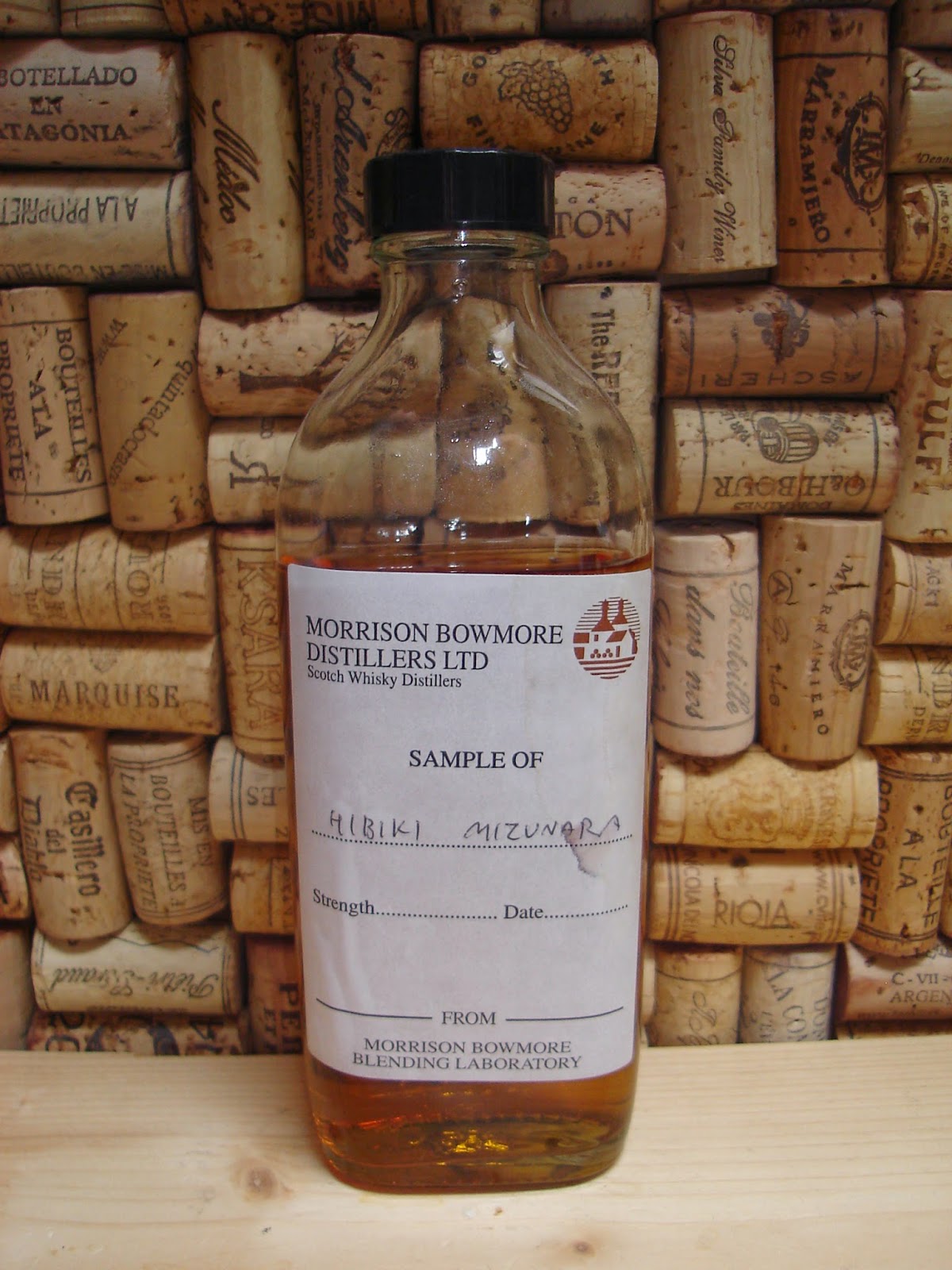 In Japan there is no history of different distillers blending their own whiskies with that from other companies like in Scotland. The blender's art in Japan takes on a rather different form, with distilleries making large number of different styles of whisky as 'ingredients' both to blends and single malts. Yamazaki, as I've mentioned previously, make sixty or more different malts in order to give their single malts the complexity they are looking for. The 'Mizunara' is one of those ingredients, and it's one that apparently has to be used quite sparingly since it can easily overpower some of the other, more delicate, flavours.

It's quite a deep colour, as you would expect from a new oak cask. If you didn't know it was Mizunara aged,  it's dark enough that you might mistake it for sherry cask aged. On the nose I got burnt toffee and wood, but something more delicate comes thought with a bit of time in glass; a floral spice. On the palate it's all about the sandalwood but it also keeps throwing out different aromas as you give it a bit of a swirl round the mouth, there's a wisp of smoke and juicy clementines. It's got huge flavour but it's also mellow, the finish is sweet and fruity, I got orange and toffee lingering for on the tongue.

As to why it's not released as is? Well I'm not sure it ties in with the 'mild, sweet and elegant' mantra of the Suntory portfolio, but nevertheless it's a great whisky. Certainly I would say if you get a chance to try the Yamazaki single cask Mizunara you should jump at it, because this is superb.

Thanks to Tatsuya for the sample, I'm very much looking forward to trying the new Yamazaki and Hakushu Distiller's Reserves later on this month.
Posted by Gareth at 09:00