Here we are again, the end of another year! Beer blogging has really had to take a back seat this year but I still manage to squeeze the odd half in here and there so hopefully I've had enough to put together some worthy candidates. Usual credit to Andy and Mark. 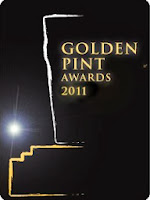 Cheers, all the best beverages for 2014. My resolution is to get more beer up on the blog. (Don't expect the whisky not to keep coming though!)
Posted by Gareth at 20:56