It's that 'reflective' time of year again. Organised by Mark Dredge and Andy over at Beer Reviews, have a look at Mark's site if you want to know what it's all about but it should all be pretty self-explanatory! 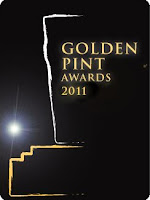 Cheers, all the best beverages for 2013.