I'll admit to being drawn in by Los Muertos' packaging here, I think those skulls revived the teenage metal fan a bit. Was I just suckered because of something that shares a thematic link to Entombed? Well, maybe, but if that was the only case then I was certainly more encouraged by seeing the brewery featuring over on Phil's blog than I was from previous excursions into Mexican beer territory. 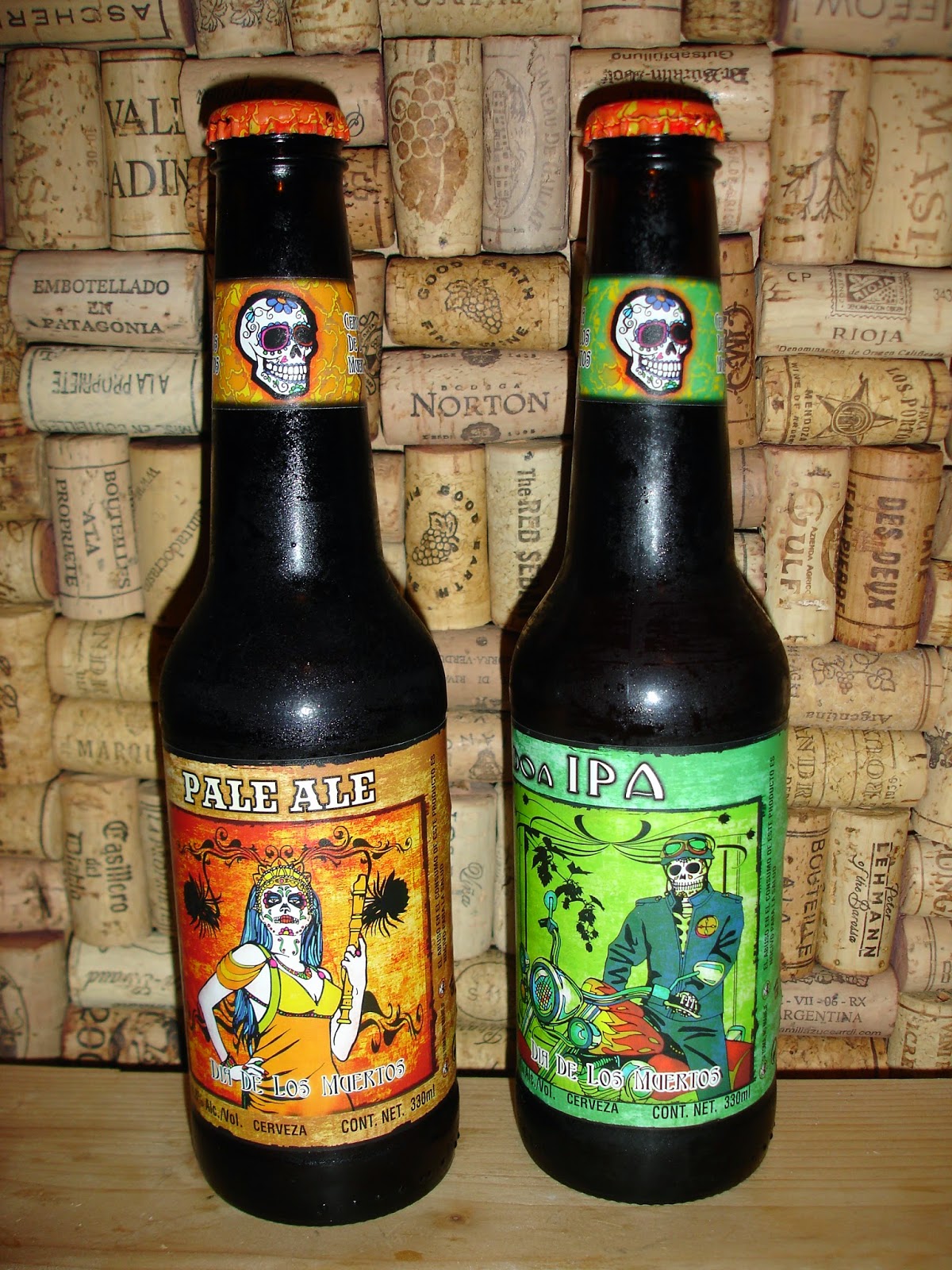 First up was the 4.8% 'Queen of the Night' Pale Ale, which was actually more orange in colour, almost like a blood orange. It didn't have a lot of aroma, although on the palate it had a good pithyness although I felt it would have benefited from being crisper. Decent enough, but I suspect it lost something in the journey across the Atlantic.

The 6.8%  'Dead On Arrival' IPA on the other hand seemed, rather ironically, to have survived a bit better. It was more aromatic, and with all you'd expect form an American style IPA, bags of tropical fruit and grapefruit hoppy bite. Very tasty indeed.

So one beer that really seemed to last the journey and one that didn't so much. Still, always good to see something more innovative happening than persuading idiots connoisseurs to stick fruit in the top of something because otherwise it tastes of nothing 'that's what they do in Mexico'.

They cam, I think, courtesy of Ales by Mail, although I forgot to note down how much I paid for them.
Posted by Gareth at 19:38