This was a Douglas Laing bottling from December 2011. You don't see a lot of single malt from Craigellachie, it being one of Bacardi's malt sources for the Dewar's blends, and while to date (under the current owners as opposed to Diageo before them) there has only been one official release, it's one that seems rightly popular with independent bottlers. 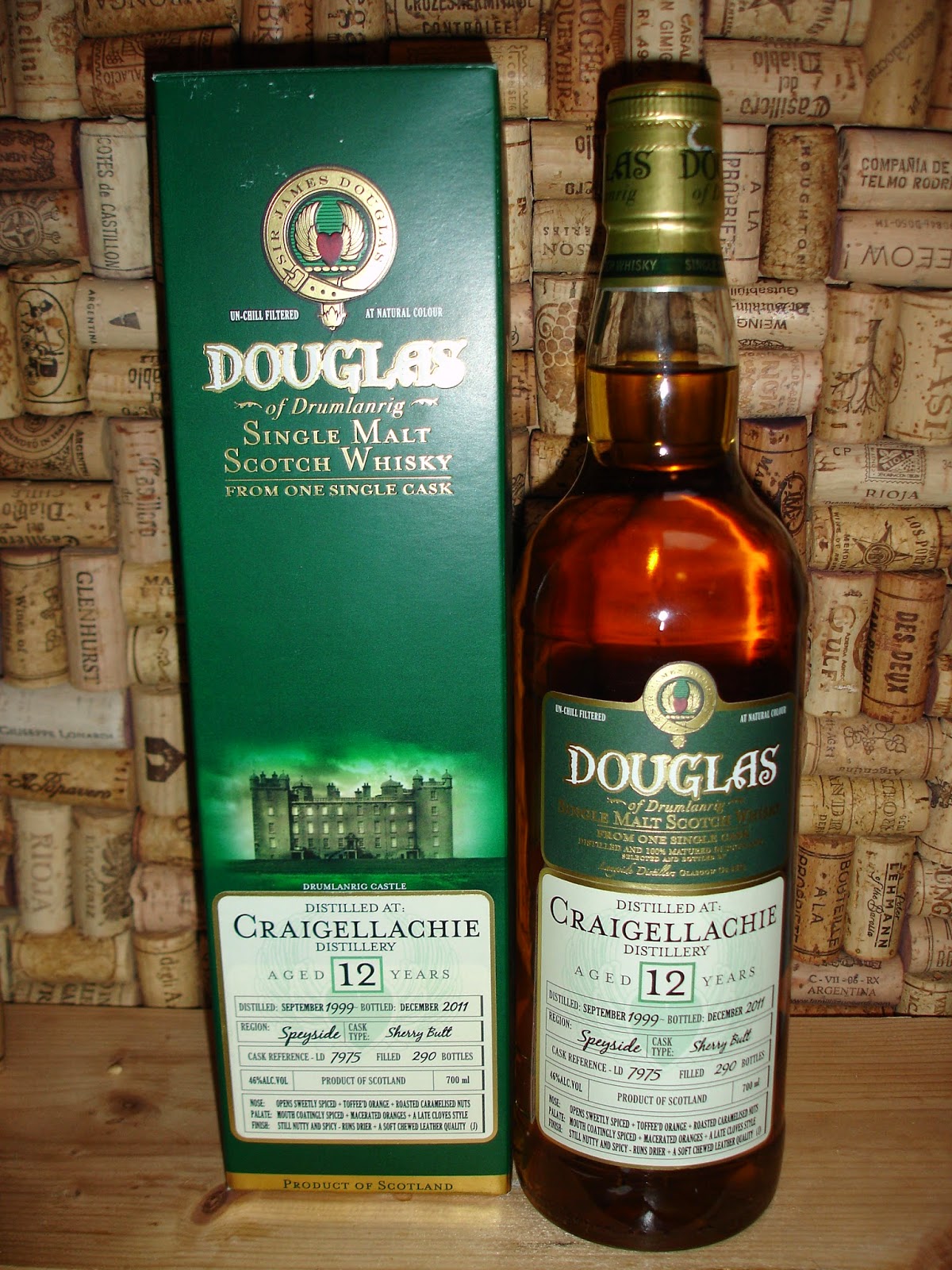 The first Craigellachie I tried was one form Hunter Laing (the 'new' company formed after Douglas Laing split last year) at eighteen years old. In the flight of six I tried that evening, it was vying with a Dailuaine 21 for top spot for me; edging out such big names as Highland Park and Laphroaig at a similar price. This one came with a rather more affordable price tag and so I snapped it up at the time.

On the nose it reminded me of mince pies at Christmas, made with rich brandy-soaked mincemeat. The spice continues on the palate, it really sets the tongue and mouth tingling. Almond and hazelnut are balanced out with lively blood orange and brown sugar. On the finish the sherry takes over and the sweetness moves into a more tannic dryness.

All in all a great whisky that reinforces how well Craigellachie can take to sherry casks, still showing its own character despite the big cask influence. I shall look forward to more in the future!