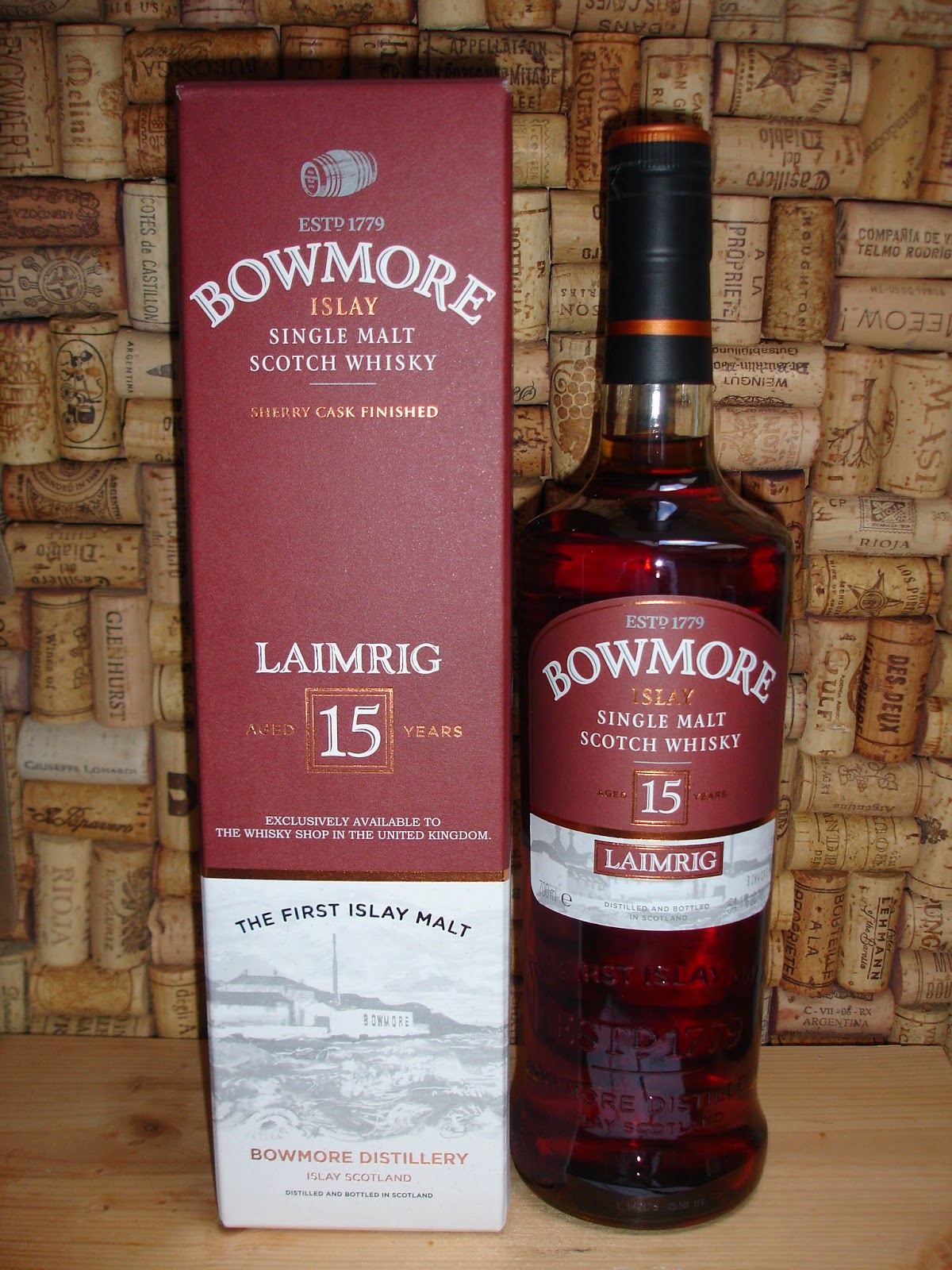 Bowmore is a distillery that I was quite late in getting to like. I find it interesting how tastes can change; when I first started drinking malt whisky back in pub-running days Talisker was the peaty dram I tended to go for and I wasn't too enthused by Bowmore. A couple of years back I tried Bowmore 12 for the first time in a while and was more impressed than I had been with Talisker of late. Then I had the chance to try the 15 year old 'Darkest' and Bowmore well and truly won me over. This is the 2014 release of a full-on cask-strength version of a whisky that is one of my favourites, and I think it's fair to say, especially after missing out on last year's Devil's Cask offering, that I was quite excited about getting my tastebuds round this one.

On the nose there are seaweed and salty bonfire notes squaring up to the rich red fruit and chocolate from the sherry cask. On the palate the sherry seems to have won out, there's lots of dried fruit; rum-soaked raisins, cocoa and nuts, it's not until the finish that the woody smoky flavours come back with a pepper-laced vengeance. This is a superb whisky, an unashamedly big bruiser, and even at 54.4% I didn't feel like it needed calming down with water. I did cut it a little just to see how it was, and while the flavours were perhaps a little easier to pinpoint I thought it worked better without the façade of subtlety. It's gone up to eleven.

Will I miss out on this year's Devil's Cask? I suppose it's got a lot to live up to having tried this, but I've started taking the necessary precautions: I've painted pentagrams on the walls and I've put the like of this on heavy rotation*. If I miss out again I think I'll break out the final invocation... \m/

To be resumed around October.