This year I was a bit quicker getting hold of BrewDog's 'IPA Is Dead' series (if a bit slow turning my notes into a blog post!)

For those of you who are unaware of it, and at the risk of re-hashing what I've already written about it, the idea is simple. One beer recipe, a hop-forward one naturally, but with four different hops used to highlight any different character they offer. 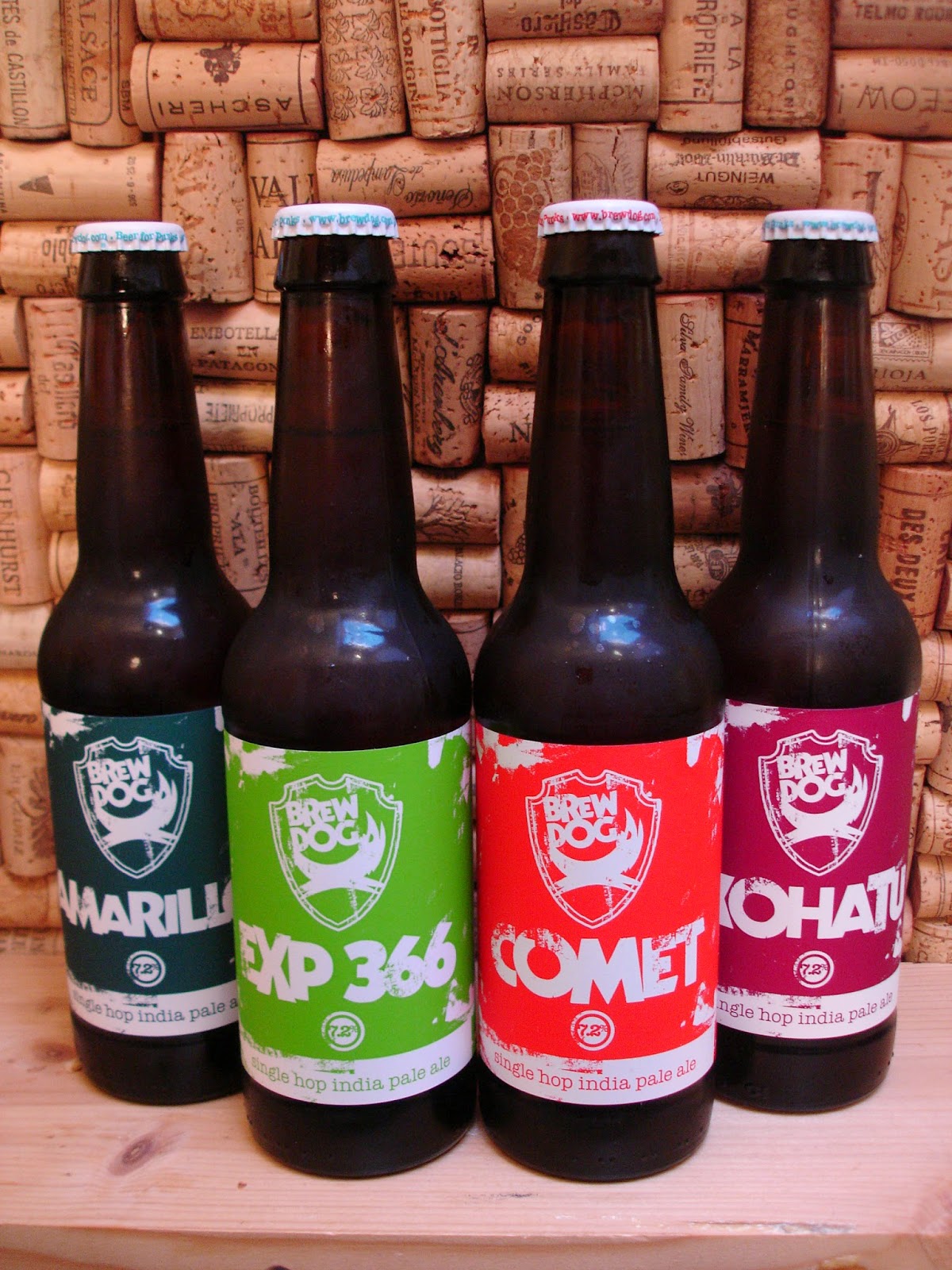 The four different hops used for the 2014 incarnation were Amarillo, Comet, Exp 366 and Kohatu.

Amarillo: This one starts off with that familiar Punk/Jaipur earthy hit. Lots of pithy grapefruit and a moreish finish. As it opened up that grapefruit came even more to the fore. For me the best of the bunch, one I'd happily go back to.

Comet: This one I got more tangerine flavours, and probably a better balance of fruit and hop hit than the Amarillo, but a bit lacking in fruit and a bit sweet for me, making it the weakest of the four offerings.

Exp 366: A touch paler than the others, this was more grassy and vegetal, and a bit mellower than the others. An interesting brew, could definitely be a hop that would add complexity, I think it will have a future.

Kohatu: This was hops for hop heads I think, being all about that hoppy bite. Unfortunately the bite seemed to throw it out of balance a bit, it didn't have enough of anything else to back it up. Still a great wake up call beer!

All in all a great range of beers. The only one I wasn't over impressed with was the Comet. That said, although they were enjoyable I'm not sure if beers at 7.2% aren't a bit too powerful to showcase the difference between the hops. Obviously the theme is IPA but it might be better to bring that abv down. Not sure 'American Style Pale Ale is Dead' has the same ring to it though.

If anyone else tried these let me know what you thought -  if you did a blog post on them post a link!
Posted by Gareth at 08:42