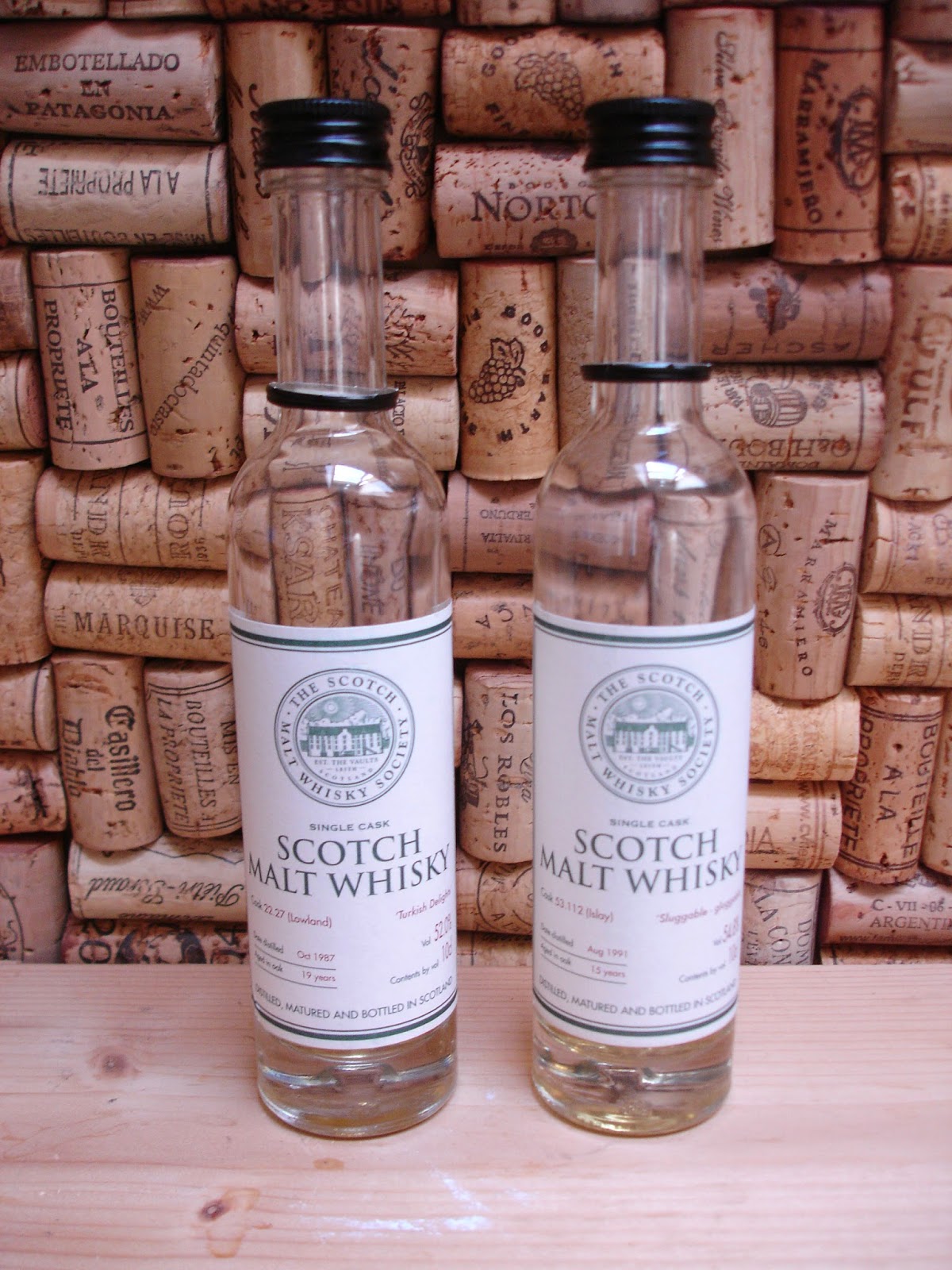 Here's a couple of samples I found when I was sorting through the back of the drinks cupboard the other day. One is a 19 year old from Glenkinchie and the other a 15 year old from Caol Ila, both independent (ish*) bottlings from the Scotch Malt Whisky Society.

Gold in colour, berries and stewed fruit on the nose; cherry crumble and a touch of banana. As it opened up the bourbon (refil hogshead) cask took over and I got more toffee and vanilla. It was soft on the palate even at cask strength, I certainly don't think it needed water. Good whisky although I would have expected more complexity at 19 years, I suppose with it being a lowland big brash flavours aren't to be expected. I am happy to report that I couldn't pick much Turkish Delight up on the nose or the palate - can't say I'm a fan!

Pale gold. There's ashy smoke on the nose, it's dry and woody but not much more. On the palate the peat influences take a bit of a back seat; there's a touch of honey but mostly savoury, almost meaty  notes. Water brought out more 'Caol Ila like' lemon, along with a minerally, chalky flavour. Not really my cup of tea but an interesting dram nevertheless.

Back in March it was a superb 14 year old sherry-cask unpeated Caol Ila (released in 2011) that I was drinking to celebrate my second daughter being born. It seemed appropriate for an Isla.

* I'm not sure if being part of the same company as Glenmorangie and Ardbeg still means SMWS bottlings are 'independent' but they're certainly something other than official distillery releases.
Posted by Gareth at 09:03